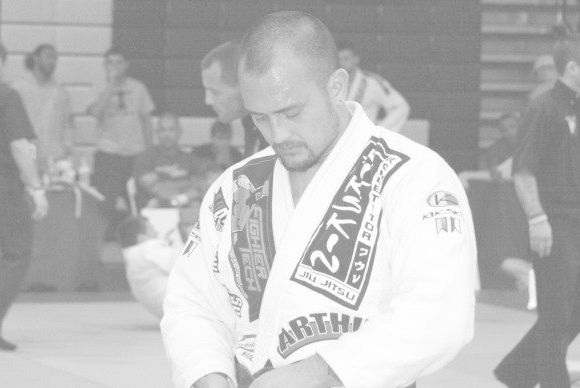 We’re bringing you guys a little something different today: MMA Coach, Competitor, and Martial Arts expert Jay Pages was gracious enough to conduct an interview with us regarding his Martial Arts Academy, and his application of CrossFit for conditioning his fighters. For me, one of the coolest things about CrossFit is how it has drawn together so many different disciplines so that they can learn from one another. Jay certainly works in that spirit– a perpetual student of physical culture, despite his already formidable history as a fighter and a coach.

Hope you guys enjoy this read!

First, could you tell me a bit about your background and how you started your martial arts academy?

I’ve been actively studying the martial arts for as long as I can remember. There’s something about combat and martial arts that I’ve always found intriguing, and I’ve gravitated towards it since childhood. I started when I was around 4 years old with the Filipino Martial Arts and Kung Fu. Nothing serious, more just playing with martial arts than taking it seriously. It wasn’t until I moved to California that I wanted to take it seriously! As I grew up, I became more involved in Kung Fu. I loved it! I would like to have experienced other martial arts but unfortunately it was the only art that was available to me at the time.

By the time high school came around, so did the UFC. It had the combative aspect of the martial arts that always appealed to me, and awakened something very primal inside me. I wanted to fight; I wanted to test myself! Unfortunately, I was too young and had to wait a couple of years. In the meantime, I did whatever I could to give me the experience to compete in no holds barred events like the UFC. I joined my high school wrestling team, found a club that offered grappling arts and kickboxing, and competed in as many full contact events as I could.

My opportunity finally came five years later when I was a student at ASU. I fought in the very first MMA event ever held in Arizona. I was even the first fight of that night! After that, I delved deeper and deeper into styles that would best prepare me for MMA: Brazilian Jiu-Jitsu, Wrestling, Muay Thai, and Boxing. These arts eventually set the basis for my career in MMA as well as my career at my martial arts academy.

I finished my MMA career with an amateur record of 7 wins and 0 losses, and a pro record of 2 wins and 1 draw. I decided to retire from fighting and concentrate on developing myself as a coach, an instructor, and a businessman. In 2007, a good friend of mine along with two other partners from California opened an LA Boxing franchise here in AZ. He gave me the opportunity to teach. So I took a risk, quit my lucrative corporate America job and I haven’t looked back since. I have no regrets and I couldn’t be happier. Over the next 3 years, things came up, the owners encountered a few issues, and I took another risk and opened my own academy. Again, another risk taken and again couldn’t be any happier with my decision. Just as the saying goes, without risk there’s no reward!

I see that you offer a number of classes—from BJJ to MMA to Judo. Could you tell me a little about the distinctions between these, and what one should consider in choosing a class to attend?

Basically these are not stand alone programs. These programs complement each other in the grand scheme of things. BJJ is a ground based art, Judo is a stand up/throwing art, and MMA is an art that puts everything together. MMA blends the ground, the standing, the punching, the kicking, and the wrestling. BJJ and Judo helps MMA, Judo helps BJJ, and MMA is the jack of all trades martial art. When choosing a program, people must consider their goals: specialization in grappling, in throwing and take downs, or in doing it all. If one wants to specifically just do all ground work, I would suggest BJJ and Judo. If they want to just work on throwing and take downs, I would suggest just Judo. If they want to do it all, I would suggest doing all programs. Doing so would cover all the bases in order to become a complete martial artist. Punch, kick, throw, wrestle, and submit!

What advice do you give white belts that wish to become competitors some day? What should they focus on?

I would have them focus on the basics. The fundamentals are key. You have to learn to crawl before you walk, walk before you run, run before you fly!

I’ve often heard BJJ compared to a chess game—can you speak a little more about the mental aspect of the sport, and how that is developed in training?

It’s been compared to chess because of how you have to look at the strategies involved. You have to think 3 to 5 steps ahead in every situation and know that each one of those steps have their own actions, reactions, and consequences. Just like in chess. In many ways, I feel BJJ is more mentally involved than an actual game of chess. Not only do you have to worry about the strategies, you have the physical stresses from cutting weight, fatigue, possible injury, and dealing with the thought of another individual wanting to harm you.

From the outside looking in, it seems like a horrible sport to want to get into. However, there are far more benefits to the sport than anything you will find out there. Family, camaraderie, fitness, mental toughness, and confidence. Confidence in knowing you are physically fit to protect yourself and your loved ones if need be. Although it is a sport, it is a combative art as well. These traits are all developed over time. After every class, after every sparring session, after every tournament, you get just a little bit tougher physically and mentally. Over time, you learn how to handle situations more efficiently, effectively, and confidently.

What do you recommend in terms of strength development for fighters? Should they do any dedicated lifting?

I feel all combat sports should do some form of strength and conditioning. An athlete’s strength and conditioning is just as important as all the technical work. I’m a firm believer that you are only as strong as your weakest link, and one’s physical strength and endurance can be a huge kink in the armor. I’ve seen it numerous times—far more skilled competitors losing because they gassed and were out of shape. That is why I’m doing CrossFit. I don’t ever want to lose to a less-skilled opponent because I gassed out. Since starting CrossFit, I’ve never felt stronger, more in shape, and more confident in my game. I feel less panic and worry a lot less about fatigue.

There are a couple of quotes and analogies I would like to share from a legend in Catch Wrestling, the late Karl Gotch: “Conditioning is your greatest hold,” and “Conditioning is like gas for a car. If you don’t have it, all you have it is a nice car that sits in your garage!”

I’m told that you sometimes borrow from CrossFit methodologies. Could you speak a little more about that and how you condition your fighters?

Always! MMA is a jack of all trades type of art/sport. Fighters participating in MMA events need to be well-rounded in all areas of combat—maybe more so in some areas, but the general idea is to be well-rounded. CrossFit, as I understand it, is very similar to MMA. You have to be well-rounded and technically sound in multiple methodologies: everything from weightlifting to gymnastics and from running and rowing to kettlebell work. CrossFit programming fits perfectly with MMA. Just as a fight is constantly changing, so are the WODs in Crossfit, never giving the body an opportunity to adapt. The type of work done in CrossFit carries over perfectly to MMA. The varied strength work, endurance work, and skill work translate to the strength and conditioning that MMA requires. With my guys, after a class of technical MMA work, I finish them off with a Crossfit WOD (usually at my box, East Valley CrossFit!). After that, they do a 1 mile run. My students have never felt more in shape and stronger due to CrossFit .

What about the other way around? Do you think a weightlifter or a CrossFit athlete could improve their GPP by rolling once or twice a week?

Unfortunately no. Weightlifting and CrossFit require certain skills that Brazilian Jiu-Jitsu and MMA could not provide. The only carryover I can see, if any, is maybe endurance and flexibility. Other than that, I feel Brazilian Jiu-Jitsu and MMA students would benefit more from Weightlifting and CrossFit than the other way around.

What goals do you have now for your own career and for your team?

Honestly, my short term goals are to get better at CrossFit—technically and physically. I feel that my development in CrossFit will translate to better performance in the gym and in competition. I would also like to participate in several CrossFit competitions in the near future. I still have a lot of work to do. As far as my team, I want to be an example for them. I’m a firm believer in leading by example, so that’s what I’m trying to do now. I’m trying to show them that even at my age you can still practice, still compete, do CrossFit, and excel at it. I want to show them the importance of strength and conditioning—not just for the sport itself but for their own physical and mental wellbeing. I want to continue competing and be competitive. I want my team to do the same as well. I want to be the one of the best teams in the country.

Where can people go to find you? (Websites, social media, etc)