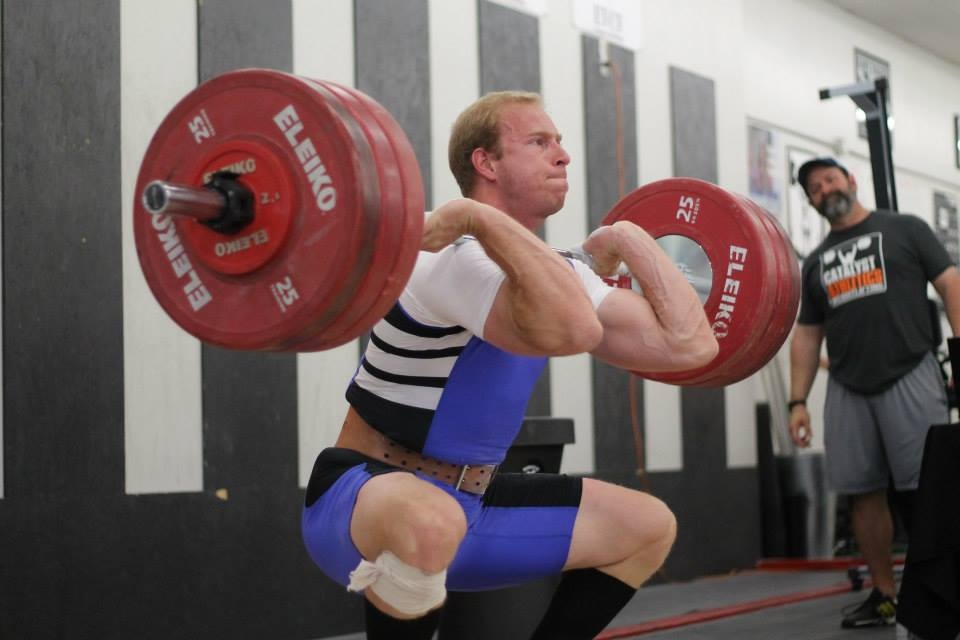 The term “Waves” refers to a training methodology in which the athlete increases weight on each successive set, until they either reach the highest prescribed load or a lift is missed.  At this point the weight is reduced and the athlete again increases weight each set.  This will typically be repeated several times.

Reasons to Use Waves

Classic Waves
Coach Burgener introduced me to “Waves” as an effective way for Weightlifters to train heavy singles (1 rep).  It’s not unusual for an athlete to struggle with heavier weights during the first wave. Often, the athlete will perform better during the second and third waves. This is slightly counterintuitive because it would be expected that the athlete would perform their best lifts early in the workout, prior to the onset of fatigue. The improved performance in later waves may potentially be attributed to the initial wave serving to systemically warm-up the body and arouses the nervous system. Waves of the snatch or clean & jerk will typically be performed with singles. For squats, doubles and triples work well. In the case that conditioning or hypertrophy is the objective, higher reps may be prescribed.

Short Waves
Charles Poliquin wrote an article on this methodology. This structure is based on the PAP Concept. The heavy single should prepare the body to generate a more forceful contraction in the coming set. The primary focus of this workout is the hypertrophy set (6 reps). The function of the heavy set (1 rep) is to potentiate the body for enhanced performance on the hypertrophy set. As a secondary outcome, this structure should also stimulate a strength adaptation (depending on the exercise). *Short Waves may also be classified as undulating sets but that’s another article.

Volume Waves
As the name suggests, these waves will be completed at higher reps and lower intensities. This structure can be helpful for developing consistent, smooth movement due to the high volume and moderate intensities. The relatively short rest periods and high volume of work should produce a conditioning effect and possibly muscular hypertrophy. The following workout results in the completion of 75 repetitions at an average intensity of 70% of 1RM.

Metabolic Conditioning Waves
Training in this manner places a high demand on the athletes metabolic capacity. This structure is a combination of moving a relatively large load over a long distance, a lot of times. This is a potent means of systemically taxing the body and is typically seen in the training of athletes competing in functional fitness. In a competitive environment, the load will generally be prescribed in absolute terms, in other words, everyone will use the same weight.