Please share a bit of your athletic background and how you got started in weightlifting:

I was a skinny kid who wanted to play football. In my neighborhood, there was this little garage where a bunch of the football players used to train off-season. I would go there with my brothers and watch the players train through this hole in the garage door. There were actually four national competitors in that garage. My coach, Dr. Masayoshi Nelson Yogi, convinced me that I had a much brighter future lifting weights.

As you grew in weightlifting, when did competing in the Olympics register as a possibility for you? Did things change in terms of training or even lifestyle as you began to focus on becoming an Olympic athlete?

Actually, not really. The Olympics wasn’t the goal. My coach said he saw potential in me, but he started me with just trying to qualify for a national meet. We just set that bar and went from there. My first trip to the mainland was to Jacksonville, FL. I bombed out. Coach convinced me to keep working hard, and I just progressed along from there. I think I was part of the first junior camp in 1986, and that was probably when I started to see even more opportunities within weightlifting.

Who were some of your biggest influences in the sport?

My coach, Dr. Yogi, was one of the biggest influences in my life. Tommy Kono—I think people know that name. Lyn Jones gave me the opportunity to go to the Olympic Training Center. Dragomir Cioroslan. And John Thrush.

Could you share one of your fondest moments as either a lifter or a coach?

You know, as a lifter, I often get asked about the Olympics, but that’s not what I focused on—I was so wrapped up in training. I’m really proud of those accomplishments, but not of one moment in particular. More, I appreciate the people who sacrificed for me. It took a village to get me to the Olympics. Competing at that level is a selfish endeavor. It takes a selfish mindset. I had kids at that time. My wife, my family, my in-laws, they all supported my dream. I had to move away from my kids to train. I appreciate all the things that people have done and the understanding and support that I’ve had. I had a team.

Tell me about Patao Strength and Conditioning – how did you get started, and what do you hope to do with it?

After 18 years away from the sport, I was asked to do some type of weightlifting clinic. When CrossFit came along, I was in the right place in my life. My kids were all in school, so I had the time. I started with this one clinic three years ago. Then, I opened up a gym within a CrossFit box. We grew from that and now I’m on my own. It snowballed. Now we’re in a 4,000-sq.-foot facility. I’m waiting for the lucky person to come along and run the gym so I can just coach.

Actually, the weightlifting part of the gym is a small component of it. I’m not a CrossFit affiliate, but we have group training sessions that do cross-training. The vast majority of the members are kids who are trying to enhance their sports performance. Weightlifting is my passion, but I think the bigger vision is to prepare younger athletes. Along the way, of course I’m going to recruit anyone who wants to lift.

Overall, I’m just so glad I came back and I’ve been able to reconnect with so many old friends. I left the sport eighteen years ago, and when I came back, I got the same welcome from a lot of my old friends. They’re older, I’m older, but it’s good.

With so many Olympic weightlifting coaches and experts now emerging (and so many different certifications), what would you say young coach should focus on to really be at the top of this field?

I am a rookie coach, so I actually don’t think I’m in a position to give advice. I’m too new. I do know that competing is a whole lot easier than coaching for me. When I’m competing, I only have six attempts to worry about. As a coach, I take full responsibility for my athletes from the ground up—their overall health and wellness. Right now, I’m watching Danny Camargo, Greg Everett, Jim Schmitz, Ursula Garza Papandrea, Jasha Faye… Listening is important. I try my best to instill the right values in my athletes—how to work hard, to respect, to contribute to their communities – lifting is just a part of it.

Do you have specific goals as a weightlifting coach?

No set goals. I want to support my athletes, whoever they are, at whatever experience level. I want to recruit heavily. There are experts in Hawaii, but I don’t know that there are many places with tons of experience. I’m still learning, but I’m close to retiring from the fire station. When I do, and if this gym is still open, I plan to do it full-time.

So you’ve been a firefighter these years between competing and coaching?

Over 22 years as a firefighter. I just need to make it to retirement. If my gym can make it through then, though, I’m doing this full-time.

If it wasn’t for CrossFit, I probably wouldn’t be here—trying to coach and promote a sport that I love and that has given me so many opportunities. So, I’ve gotta thank the CrossFit community for making weightlifting much more accessible and for raising awareness around it. That doesn’t mean that I agree with all the philosophies and training modalities, but, like I said—without it, I wouldn’t be here.

Where can people go to find you (websites, social media, etc)?

As an athlete, Sean Waxman is a national medal winner and five-time California State weightlifting…

In addition to his leadership in USAPL, Dr. Larry Maile has an accomplished career as…

Jenny Schumacher is a USAW National Level Coach, an IWF National Referee, and has been elected… 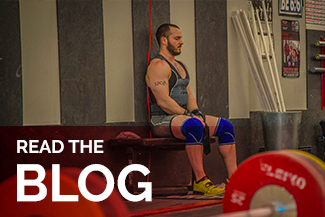 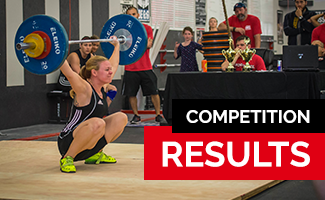