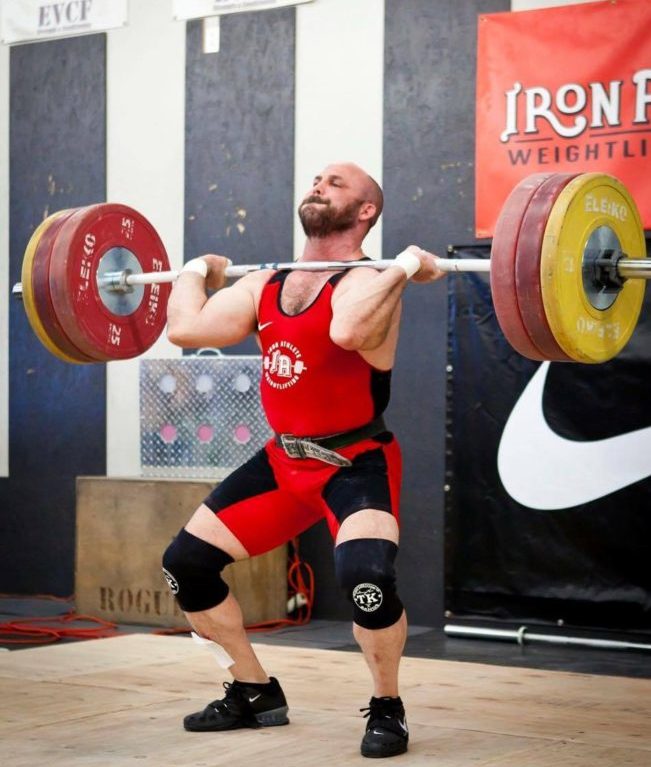 One way of classifying lifts in the sport of weightlifting is to separate them into the following categories:

The Primary Lifts can also be referred to as The Competition Lifts, The “A” Lifts, or The Classic Lifts

Reasons to Use Auxiliary Exercises

Limit loading: The auxiliary lifts typically cannot be performed at the same loads as the primary lifts or the assistance lifts.  As such, auxiliary lifts can be used to ensure that the athlete doesn’t train heavier than desired. Auxiliary lifts can also be added to complexes in order to limit the weight used in the complex.

4 Derivatives of The Clean & Jerk

1. CleanJerk (the words are intentionally pushed together in order to represent the nature of the exercise)

How to do it:
To start the exercise, perform a standard clean. What makes this exercise unique is that you don’t separate the clean from the jerk. The recovery from the clean transfers directly into the drive phase of the jerk. I got this exercise form Ursula Garza Papandrea, so you know it’s got to be fun!

Benefits:
-Builds power in the drive phase of The Jerk.
-Requires that the bar be received in the proper position.
-Demands speed of footwork.
-Develops additional skill/control.
-Fun (everybody loves CleanJerks)

How to do it:
As with the CleanJerk, you begin with a standard clean. What makes this exercise unique is that you transition directly from receiving the clean into a thruster. This is a potent means of approaching whole-body training. The thruster will typically limit the amount of weight that the athlete can use (relative to the clean or clean & jerk).

Benefits:
-Builds power in the drive phase.
-Requires that the bar be received in the proper position.
-Combines many components of full-body strength training.
-Develops additional skill/control.
-Fun

How to do it:
Drive directly from the receiving position of the power clean into the overhead portion of a thruster. I got this exercise from Erik Lau Kelner.

How to do it:
The Front SquatJerk is performed by executing a front Squat from the rack and driving directly into the Jerk.

Benefits:
-Fatigues legs prior to practicing the jerk. Should improve the athlete’s ability to consistently make jerks, particularly after exceptionally taxing clean recoveries.
-Limits the load that the athlete can use.
-Improves conditioning (in terms of weightlifting).
-This one isn’t really that fun.